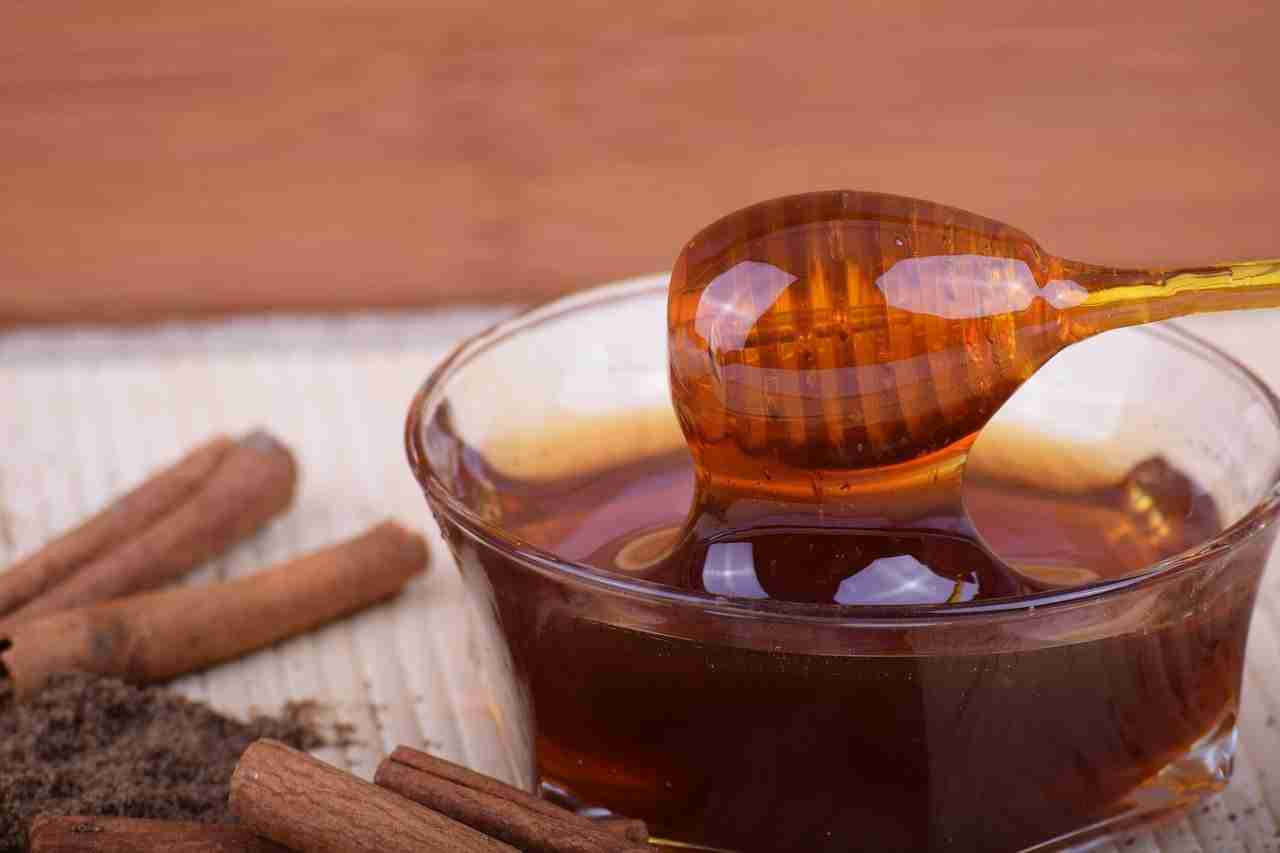 It goes without saying that honey is one of the oldest medicines. Its health-giving properties are indeed countless and also markedly include the well-being of the digestive tract as well as the biliary tract and the gallbladder.

First Thing First, What Are Gallstones?

Gallstones are one of the most common conditions affecting the gallbladder and the biliary tract. Mostly, they are made of cholesterol and occur more frequently in certain groups of people like patients suffering from diabetes mellitus or having an increased serum level of triglycerides.

Why they form is not exactly known, however, there exist some theorized reasons like overproduction of bile, difficulties in emptying the gallbladder, and phospholipid or bile acids deficiency.

When they occur in the gallbladder, in about 80% of the cases they give no symptoms. Nonetheless, when they manifest themselves, they mostly do it in the form of pain called biliary colic – it is always unexpected and very strong, located under the right hypochondrium.

It can also radiate to the right arm as well as be accompanied by nausea and vomiting. It tends to be chronic or, in other words, it comes and goes.

Is Honey Good For Gallstones Or While Facing Gallbladder Issues?

Because of its soothing, health-giving properties, honey is nothing but good for gallstones and similar gallbladder issues.

Most importantly, as mentioned, it soothes the alimentary tract and the biliary tract so that it effectively eases the listed symptoms.

It is also notably anti-inflammatory what minimizes the damage to both the biliary structures and the liver.

Being significantly antimicrobial, it prevents the possible side effects of gallstones like cholecystitis or inflammation of the bile ducts.

Moreover, it averts the reoccurrence of gallstones since it confirmedly lowers the serum levels of cholesterol as well as triglycerides.

When Honey Can Be Really Good And In What Circumstances Might It Be Bad In Gallbladder Issues?

Honey can definitely be a great staple of a healthy diet if you are diagnosed with unsymptomatic gallstones or chronic gallstones and simultaneously do not need surgery, according to a doctor.

As mentioned previously, it can notably alleviate the symptoms as well as prevent the formation of new gallstones.

At the same time, there are no circumstances where eating honey would be a bad idea.

The latter would happen if you had severe symptoms, were planning to get pregnant, or simultaneously suffered from other diseases like diabetes mellitus and relied solely on honey as a cure.

In these cases and in many others as diagnosed by a doctor, diet is not enough and avoiding medical treatment may lead to serious unwanted complications.

What Are The Reasons For Honey To Consider It Good For Gallstones And Related Health Conditions?

Multiple studies confirm the soothing effect that honey has on the gastrointestinal tract.

Not only does it inhibit the growth of the pathogenic bacteria in the gut, which can lead to infections, but also exerts a prebiotic action.

It means that it supports the growth of the beneficial bacterial species like Lactobacillus and Bifidobacterium that only protect the intestines.

It has been confirmed that maintaining a healthy gut microbiota not only protects the alimentary tract locally but also greatly influences the immunity in the organs distal from the intestines.

It does so via multiple immunity pathways like stimulating the activity of T and B cells at the infection sites even in the respiratory airways – it has been officially proven that healthy gut microflora prevents and lessens the severity of respiratory tract infections.

Accordingly, it also promotes the wellbeing of the gallbladder and the biliary tract.

It has been shown that honey actually has a positive effect on one’s blood glucose level in the blood.

Confirmedly, it lowers the parameter called fasting blood glucose or the “basal” serum level of glucose when it is not heightened by e.g. a meal.

It is a good thing and eventually honey can prevent the development of diabetes mellitus, a predisposing factor for gallstones.

The overall inflammation in the body is a significant factor that gradually can exacerbate your health.

Not only does it impair the healing of the tissues or destroy the well-being of the bacterial gut flora, but can also lead to many inflammatory diseases like diabetes mellitus, atherosclerosis, and even cancer.

Luckily, honey is packed with anti-inflammatory flavonoids including luteolin, apigenin, acacetin, and many more, hence effectively keeps your inflammation level at bay.

Liver damage may be one of the unpleasant consequences of gallstones, depending on their placement in the biliary tract.

A direct link between honey and liver health in this scenario has been shown, with honey acting as a protective agent in the hepatocytes or the liver-building cells.

It manifests itself, inter alia, as reduced liver enzyme levels – AST and ALT – in the blood.

Honey long-term lowers the levels of total cholesterol, LDL, VLDL as well as triglycerides and simultaneously increases the level of the beneficial HDL.

Since most of the gallstones are made of cholesterol, honey can actually contribute to the prevention of their formation.

This simple, yet delicious drink is an easy way to keep you energized and healthy every day. A combination of honey, ginger, lemon, and cinnamon is a true antioxidant bomb that effectively lowers inflammation.

Adjust the amount of ginger and lemon juice to your liking and pour boiling water over them in a glass. When the beverage cools down a bit and is drinkable, stir in the honey and a pinch of cinnamon. Enjoy!

A turmeric tea is a cozy way to successfully lower the overall inflammation in the body. Not only does it soothe the throat, but also prevents unwanted infections.

Blend or whisk all the ingredients together (besides the honey) and then warm them on the stove over medium to low heat for 10 – 15 minutes, stirring often.

Do not let it fully boil, just simmer. Transfer it to a mug or a glass and add honey after the beverage had cooled off a bit and is drinkable.

Yogurt With Fruits And Honey

Honey itself does wonders to the gut microbiota – imagine what happens if it is combined with yogurt.

Yogurt is a well-known probiotic bomb – together, these ingredients will long-term support the good state of your immune system. Add your favorite fruits for additional taste and vitamins!

Simply arrange the ingredients together and eat!

Adding honey to your favorite smoothie is also a great way to implement this ingredient into your diet. Hereunder, we propose an easy honey & banana smoothie:

Honey is delicious and health-giving on its own, especially if unprocessed and raw.

You do not have to add it to anything, but simply eat it out of a jar with a spoon. A tablespoon of honey a day is a great way to sweeten up your day!

Instead Of Dietary Remedies, When Must You Seek Medical Help?

You should book a doctor’s appointment every time you experience the earlier listed symptoms for example to rule out the gallstone’s complications like cholecystitis.

It is hard to differentiate these conditions without a proper imaging examination.

The doctor will indicate the best treatment option for you. Here are two types of possible treatments.

When suffering from biliary colic, certain painkillers and antispasmodics may be prescribed to ease up the acute symptoms.

Ursodeoxycholic acid helps dissolve gallstones and can be used as a prevention method if one is particularly predisposed to chronic gallstones.

In certain cases, cholecystectomy (surgical removal of the gallbladder) is inevitable, for instance, when:

Can I Eat Honey Even After Gallbladder Removal?

There exist no contraindications to eating honey after gallbladder removal.

It is an extraordinarily healthy ingredient and a constituent of a balanced diet which only lowers the inflammation in the body as well as prevents the recurrence of gallstones in the bile tract.

When you are back to your regular diet after surgery, do not hesitate to add honey to it as well!

What is The Best Age To Have Baby?