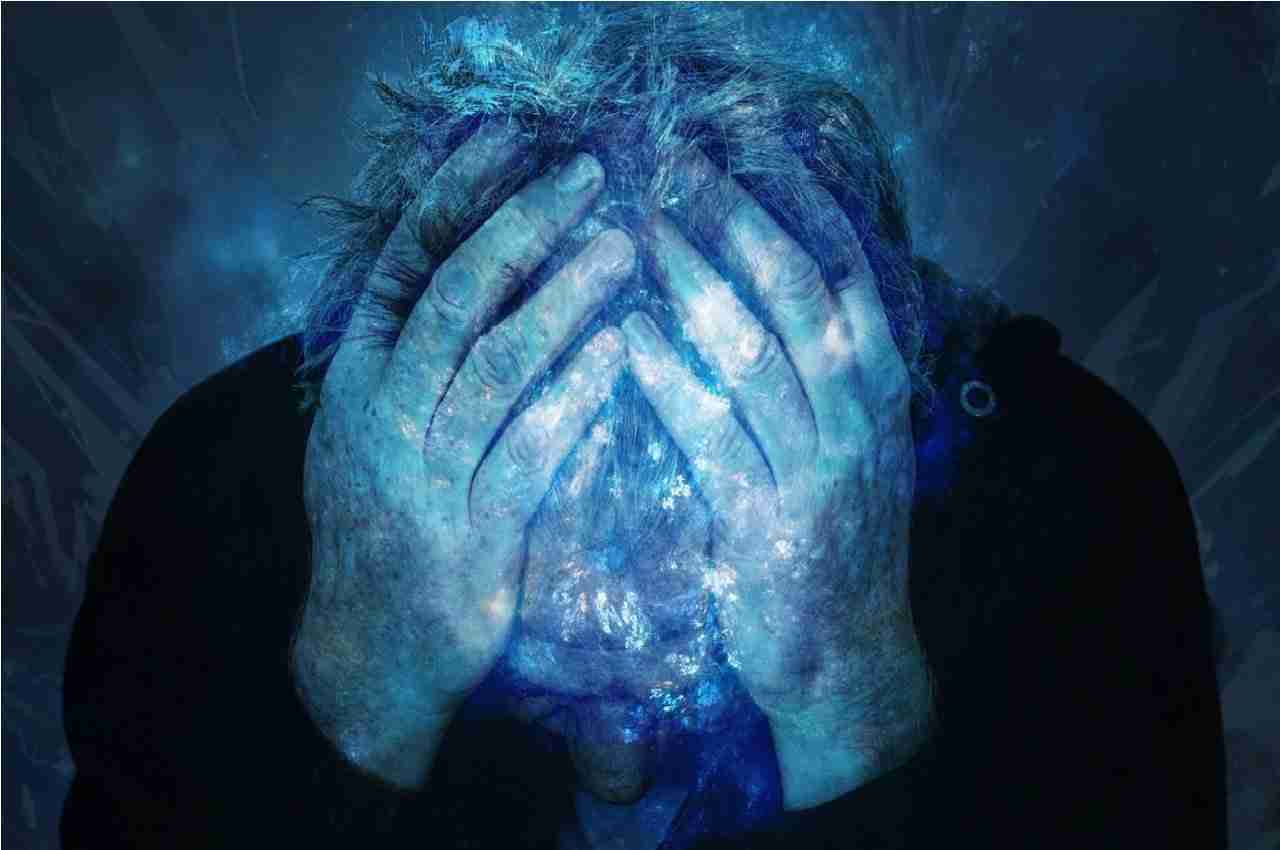 If you have ever been unfortunate enough to suffer with a migraine in the past, you certainly won’t need anybody to tell you just how painful these awful conditions can be.

In the US alone, experts have found that close to 1 in every 4 households will contain at least one person that is subject to regular migraines. To put this into context, that means that around 12% of the population is affected by migraines.

Migraines are awful in that they can be extremely painful, they can come on suddenly, without warning, they can last indefinitely, and if they are not treated, they can increase in severity.

If you suffer with migraines and can not seem to shift them, no matter how hard you try, here is a look at effective dietary supplements which are ideal for treating migraines.

First and foremost, before we kick things off today, we will start by taking a look at what a migraine is.

Chances are, you will all be familiar with headaches as headaches can affect us all, at any given time, sometimes without prior warning. Contrary to popular belief, though, a headache is not the same as a migraine.

A migraine is a severe type recurring headache that can last anything from around 3 hours, up to several days.

A migraine is basically the most painful and most severe headache you can ever imagine, so much so in fact, that the WHO (World Health Organization) lists a migraine as being one of the 10 most disabling medical illnesses in the world.

Migraines can affect anybody, though they are most common in slightly younger individuals, aged 18 – 44. Though they can affect men and women, statistically, women are more likely to suffer from a migraine.

Common migraine symptoms can include:

To make matters slightly more complicated, experts are not actually sure precisely what it is that causes a migraine. Some evidence points to genetics, whereas other research points to the fact that other factors such as lifestyle and diet can also play a key role.

One thing that is for certain with regard to migraines is that they are painful, and we should do everything in our power to prevent them and treat them as best we can.

Dietary supplements and vitamins effective for headaches, dizziness and other migraine issues

Okay, so we have looked at what migraines are, now it is time to take some affirmative action and to take a look at how to help treat and prevent migraines using nutritional supplements.

A few tried and tested supplements for the treatment and prevention of migraines include the following:

Coenzyme Q10, or CoQ10 as it is sometimes called, is a nutritional supplement that provides a whole host of health benefits for the human body.

This vitamin plays a key role in numerous metabolic functions and is found in foods such as oily fish, liver, and whole grains.

CoQ10 plays a key role in a whole host of natural physiological processes within the body. One key way in which this compound functions is that it helps to provide protection for the cells, and can help prevent the degradation and damage of the cells via a process known as oxidative stress.

Experts have found that some people who suffer with migraines on a regular basis, tend to have naturally lower levels of CoQ10 in their bodies.

While experts are not 100% sure how CoQ10 helps to treat and prevent migraines, studies have found that people that supplement with this vitamin have experienced vast improvements in their migraine symptoms and a reduction in how long they were affected by the migraine for.

Per day, it is recommended that you consume 100mg three times each day for the treatment and potential prevention of migraines.

Feverfew is a natural botanical extract which has shown great promise in the treatment and prevention of migraines.

It is a plant that looks strikingly similar to a daisy. This herbal supplement has been used in holistic medicine for many centuries now, predominantly in the treatment of fevers.

It also possesses anti-inflammatory properties which is why it is thought to be so effective for people suffering with migraines. As you may be aware, inflammation can cause headaches and the worse the inflammation is, the worse the headache or migraine will likely be.

There is not a whole lot of research out there regarding the effectiveness of Feverfew for migraines, but out of the research which has been conducted, results have certainly looked promising.

Experts recommend a small dose to begin with of just 50mg per day, though they warn it could take months before any noticeable improvements are recorded.

Vitamin B2, or Riboflavin as it may sometimes be marked as, is a water soluble B vitamin that plays a key role in numerous metabolic processes within the human body.

It plays an essential role in the metabolism, in that it helps enable the cells in our body to produce the energy needed to function on a daily basis. Experts believe that B2 affects the way that our cells produce energy.

Why is this important? Because it is believed that those who suffer with migraines regularly have a natural glitch in this particular metabolic process. This ‘glitch’ could be what causes people to suffer with a migraine.

One study published in the International Journal for Vitamin and Nutrition Research found that vitamin B2 could indeed play a key role in reducing the frequency in which people suffered with migraines. The same study also found that B2 could render the migraine attacks less severe.

In terms of dosages, 2 x 200mg B2 tablets per day are recommended.

Vitamin D is also known as the ‘sunshine vitamin’ due to the fact that, when exposed to rays from the sun, our bodies are able to naturally synthesize this vitamin.

This vitamin plays a key role in the active uptake of nutrients, including calcium, plus it helps to regulate mood and can even fight inflammation.

There is not much research out there regarding vitamin D for migraine treatment, though there is evidence that points to the fact that vitamin D can help to reduce the frequency of migraine episodes.

Because experts are not certain whether or not vitamin D can be used as a viable treatment for migraines, no clear dosage guidelines are yet given, so it is best to speak to your doctor to determine just how much vitamin D you need each day.

Magnesium deficiencies can cause headaches and have been strongly linked to migraines.

It is a mineral that plays countless important roles in the human body and can help treat mental health issues, it can lift your mood. It also can promote sleep and relaxation, lower blood pressure. This supplement also know to promote optimal muscle and nerve function, and a whole lot more besides.

This is an effective dietary supplement and found in foods such as whole grains, nuts, and green leafy veggies such as spinach. Studies have found that magnesium deficiencies have been linked with migraines, though, interestingly, experts are not quite sure how magnesium helps to treat migraines.

Magnesium, administered both orally, and intravenously, can help to reduce migraine attack severity and frequency.

As far as dosages go, no more than 400mg of magnesium should be consumed daily, as too much can lead to digestive issues.

Melatonin is a supplement renowned for its stress-busting, relaxation promoting abilities.

It is a natural hormone produced via the body, that, amongst other things, also possesses anti-inflammatory properties.

Much like with magnesium, those who regularly suffer with migraines, often have melatonin deficiencies.

This supplement is often compared with a medication called amitriptyline, which is also used to treat migraines, and interestingly, it has been found to be just as effective, with far fewer side effects due to the fact that it is naturally occurring.

The main issue with melatonin is that, because it does promote rest and relaxation, it can sometimes cause drowsiness during the day.

As far as dosages go, studies conducted on melatonin for migraine treatment administered the hormone at 3mg per day.

Butterbur, like Feverfew, is another plant-based ingredient which has been used in holistic medicine for hundreds of years.

This shrub, native to Northern Europe, is relatively new when used for migraines as supplement. As a result there is not a great deal known about the safety of it just yet, especially considering that the root of this natural ingredient can provide liver toxicity.

Studies conducted on the herbal supplements, however, have shown that it does apparently help to treat and prevent migraines.

In terms of dosages, 2 x 75mg tablets per day are recommended.

Remember, when taking any new supplements or vitamins, you should always speak to your doctor first and seek medical advice.

Always use the supplements as instructed, and never exceed the recommended daily dose. Some supplements can interact with other drugs and medications, so that is also worth considering.

As effective as these supplements are, even the herbal and dietary supplements, they are not without their risk. So discontinue use if you do experience any adverse reactions or side effects.