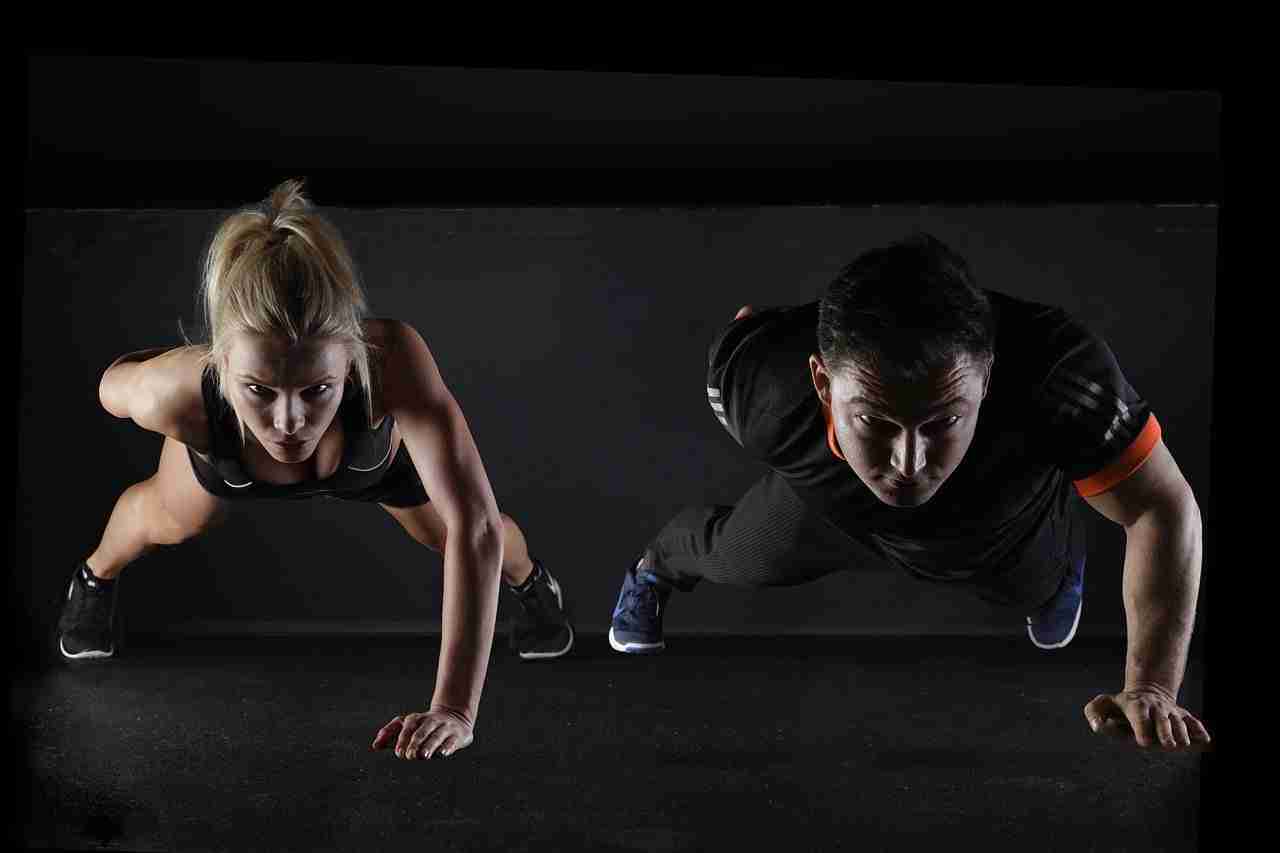 The calisthenics has much deeper roots than one would ever imagine – they go back to Ancient Greece where the workout’s name originated from the words “Kàlos”, meaning “beauty”, and “Sthénos”, or strength.

At the same time, the exercise’s beauty does not only come from its effectiveness, but also from its universality – since it uses a person’s own body weight and requires no or very little equipment, practically everyone can perform it.

For this reason, its popularity has also been growing today what caught the interest of scientists and professional trainers – how do calisthenics affect the body? Can you build muscle with it?

After reading this article, you will know the answers to these questions.

How Beneficial Are Calisthenics According To Science?

As reported by copious research, it turns out that calisthenics provides more benefits than suspected.

Besides greatly improving muscle strength and endurance, which will be further described later, they also positively influence other factors, important when performing sports, like motor control.

Studies show that the calisthenic workout significantly improves proprioception, or our inner sense of location and movements of our body in the surrounding space, as well as strengthens one’s stabilizing muscles, ameliorating one’s balance.

Last but not least, it is enormously advantageous to our overall health, notably averting the risk of developing the so-called inflammatory diseases including type 2 diabetes and atherosclerosis.

Can You Build Muscle With Calisthenics?

Now has come the time to get to know the answer to the key question here – yes, you can very much build muscle with calisthenics.

Since the workout uses the weight of one’s own body, the effects will be more toned and natural-looking, simultaneously minimizing the risk of overburdening the muscles like, for example, when lifting weights.

Visibly better performance during the push-up and the pull-up tests was noted, in comparison to the control group, even though the participants had not particularly trained these movements, but had just been doing their regular calisthenic routine – one of the proofs that the calisthenics effectively strengthen whole muscle groups of the body, resulting in their increased mass.

Furthermore, the research specifically describes the changes that happen in the muscles performing the calisthenic exercise – not only more so-called motor units are being recruited to do the work, but also adaptive structural changes in the muscles take place that prepare them for more demanding exercise.

How Long And How Often Should I Do The Calisthenic Workouts For Effective Results?

In most studies, the effects were seen just after 8 weeks of the calisthenic workout, nonetheless, it is obvious that the longer and the more frequently you work out, the faster the results will be seen.

To notice the effects as soon as possible, you should do the workout maximally 5 times a week and plan the number of reps and sets according to your own stamina and endurance while still making use of your capacity to the fullest.

Every exercise should contain the initial sets of reps to get your muscles working and a couple of finishing sets to feel the burn and really put your muscles under pressure – a critical step to actually build muscle mass.

As mentioned, adjust their amount to your own capacity – do not go for 10 sets if you barely can do 5. You will get there – for now, doing 5 is your most efficient way to build muscle.

Meanwhile, the time of the day when you do your calisthenic workout is also an important factor on your way to achieving your body goals.

It turns out that working out in the evening results in a much greater increase in muscle mass than working out during the other parts of the day. In that case, you know what to do!

Can You Do Calisthenics On Rest Days?

You actually should not and there are good reasons behind it.

After working out, your body needs time to recuperate so that you can use the full potential of the next session.

For example, the body needs at least 24 hours to completely replace the muscle’s store of carbohydrates or glycogen.

Without it, the muscles do not work as efficiently what can lead to injuries and make exercise not as effective.

The same applies to protein, water, and electrolytes. Do your muscles a favor and rest minimally 2 days a week.

For every exercise, do 6 to 15 reps every set, depending on your current capacity. Do not overburden yourself.

With time and more strength, increase the number of reps. The same applies to the number of sets – go for 4 to 6 unless you want to specifically focus on a particular muscle group.

Remember to rest for 3 – 5 minutes between every set.

Benefits: strengthens the arms, the back, and the abs.

Benefits: strengthens the core and the arms.

Benefits: strengthens the back and the arms.

Muscles involved: practically all muscles of the core, arms, and the glutes

Benefits: strengthens the core, the arms, and the glutes.

Muscles involved: muscles of the butt, legs, and core

Benefits: strengthens the lower body and the core.

Muscles involved: quadriceps, the hamstrings, glutes, the muscles of the calves

How Long Does It Take To Build Muscle With Calisthenics?

As mentioned earlier, the results in the studies were seen after 8 weeks of regular calisthenic exercise, hence you should not expect to see notable effects much sooner.

To achieve visible effects, give yourself around 12 weeks. Nonetheless, how fast you get to your goal depends on many factors including:

The last factor listed in the previous paragraph that contributes to the pace of your muscle building is following a healthy, balanced diet.

Unfortunately, many forget about the huge impact that it has. According to the studies, you ideally should consume 2.3 – 3.1 g/kg of your body mass per day of protein, alongside fat and carbohydrates.

To fully maximize the protein intake potential, you should spread your protein intake among three to six meals per day, each containing about 0.4-0.5g/kg of your body mass of protein as well as eat protein both before and after exercise.

At the same time, the studies emphasize that the protein, especially during the process of muscle building, should come from regular food – some of the best natural sources of protein are:

The efficacy of protein supplementation has not been anyhow confirmed when it comes to muscle building and because of that, it is best to rely on the above-listed foods as your protein source to achieve the best results.

How To Pick A Yoga Mat : Buying Guide With Images