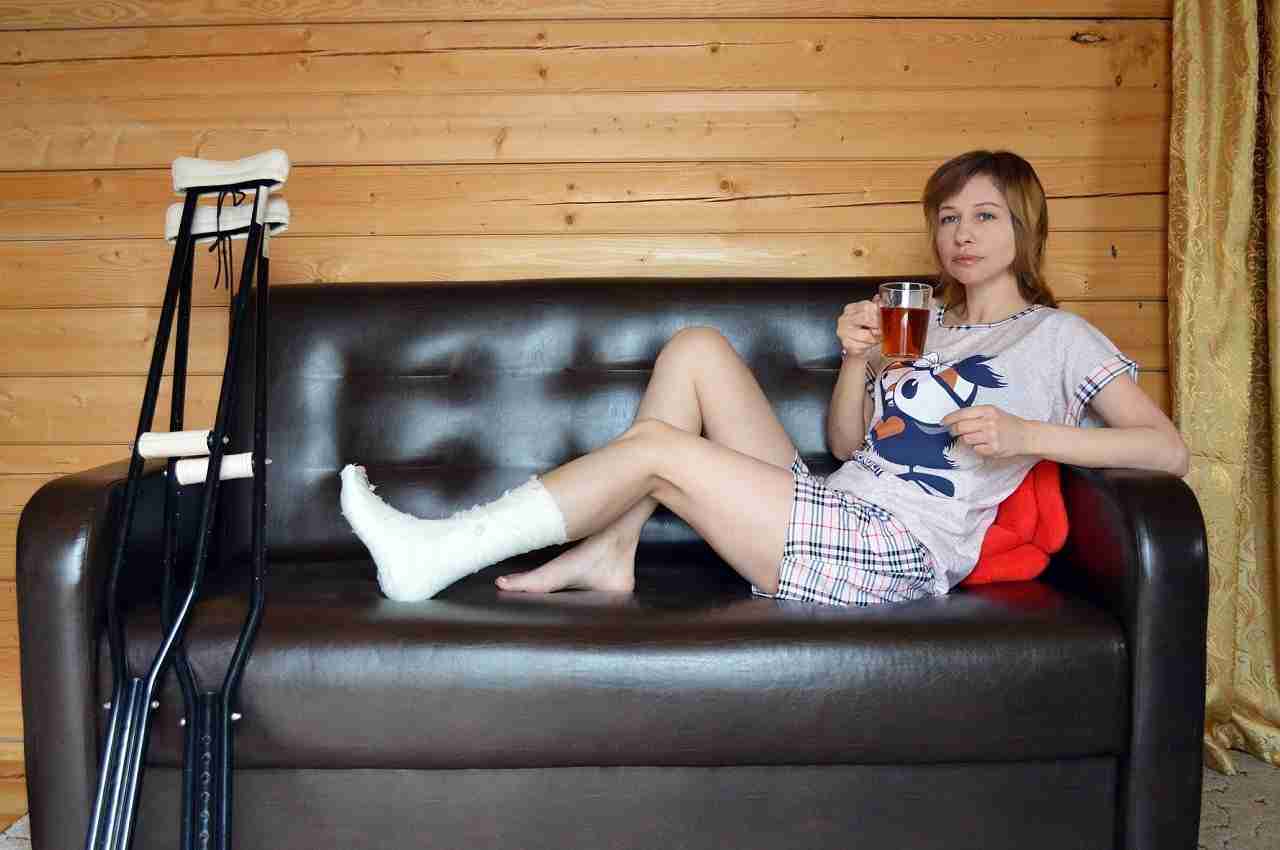 Some fractures may look nastier than others and heal not so swimmingly, while some look like easy fix, but takes even longer! And then there are critical fractures that take reiteration, readjustments and multiple treatments.

In any event, no matter our accompanying conditions, the stages of the regeneration process stay the same in everyone, so the signs if your broken bone is healing.

In this article, we have gathered all telltale signs of your broken bone’s recovery.

What Are The Signs That Your Broken Bone Is Healing?

Pain not only is intertwined with the nature of a fracture itself, but it is also one of the most prominent signs of the ongoing inflammatory process.

As mentioned earlier, the inflammatory phase is one of the stages of the bone’s healing cascade and naturally has to pass, being replaced by its following steps.

Although you still might experience some pain during the actual bone formation, the worst pain is already over then.

Consequently, monitor the dynamics of pain intensity in the affected area – it is inseparably connected with the progress of the healing process.

At the same time, if the pain had once subsided, yet come back, it might be a dangerous sign of, for instance, an infection, and such a symptom should be immediately consulted with your doctor.

Swelling And Other Signs Of Inflammation Subside

Inflammation is not only comprised of pain but also from other components including swelling or edema, reddening of the skin or erythema as well as the warmth of the skin in the affected area.

Basing on the fact that the inflammatory phase naturally passes with time, all signs of an inflammatory response will be gone with it too.

There Is No Tenderness Anymore

Alongside the absence of pain, experiencing no tenderness on palpation anymore is also an extremely important sign that the bone is healing.

It means that both the inflammation is gone and the tissue has gained a more or less firm and stable structure.

There Is The Ability To Weight-Bear

The ability to weight-bear definitively is one of the most commonly used indicators that the repair cascade of a broken bone is proceeding as it should.

It only confirms that the tissue formed is stronger, hence the initial phases of the healing process are long gone.

What is an even better sign is the absence of pain or tenderness during a weight-bearing test – at that point, the healing period is coming to an end.

Undoubtedly, when the range of motion and movement increases in the broken bone area, that is a very good sign.

Whenever we move, our muscles contract so that we are able to perform a certain movement.

During their contraction, the muscles press against the shafts of the bones – if the bone is broken, it can cause serious pain and discomfort.

Accordingly, being able to move means that your fractured bone is now more resistant to hence less influenced by external mechanical forces and is simply stronger.

The hematoma is being formed only at the initial stage after the fracture.

Later on, it gradually subsides, simultaneously changing its color according to the stages of hemoglobin’s metabolism.

Normally, hemoglobin is locked inside the red blood cells or erythrocytes. Once released from them, for example when a hematoma is formed, it naturally decomposes and transisions into subsequent byproducts.

First, the bruising may get notably darker and become brownish, purplish, or even blackish.

After that, it gets dark green – biliverdin is formed.

Lastly, before the hematoma completely disappears, it might become somehow yellow or brown – hemoglobin eventually transforms into bilirubin.

Your Improvement Is Stable

Once you have gone through the earliest, yet also the most symptomatic phases of the healing process, at some point you reach the more or less asymptomatic stage.

It means that the older, more acute symptoms have subsided and at the same time, no new ones are appearing. Your condition can be described as “clinically stable” and there is only further improvement in sight.

The Bone Is Stiffer

Stiffness of the fracture can be professionally measured by a doctor, yet can also be felt by a patient to some degree.

Similar to other diseases and conditions, as you recuperate, you are eventually becoming stronger.

Even though initially after the fracture your condition may temporarily worsen, there comes the time when you are again able to perform your usual daily tasks without much or any effort.

Less weakness is also a manifestation of improvement.

How To Know Medically If The Fracture Is Healing Well?

Besides a fundamental physical examination, during which a doctor checks the above-listed signs, in a medical setting these tests are done to assess the stage of fracture healing:

An XRAY is the first-choice imaging measure that is done when there is a suspicion of a fracture.

Therefore, it is also routinely done to evaluate the progress of bone healing. It visualizes the bones well as well as is fast and easily accessible.

CT, or computed tomography, is undoubtedly superior to plain radiography in visualizing bone structures and hence their fractures.

For this reason, if a typical X-ray is not enough, a doctor may recommend doing a CT scan.

MRI is not typically done to assess the healing of a bone, since it is not the best choice when it comes to visualizing bones.

On the contrary, it is much more precise when visualizing the surrounding soft tissue what may be helpful if some sort of soft tissue damage has taken place during a fracture.

A bone fracture is a sort of mechanical trauma which, as noted earlier, entails an inflammatory response.

Consequently, to determine whether the bone is healing properly and there is no post-fracture infection, the dynamics of the CRP and ESR (the markers of ongoing inflammation) are monitored.

What To Do If The Discussed Signs Of Healing Are Not There?

To best evaluate your healing process is to observe the dynamics of symptoms.

If the ones that you have already experienced are subsiding, even at a seemingly slow rate, there probably is nothing to worry about.

Nevertheless, if a completely new symptom has occurred or the previously experienced one has reappeared, it is best to consult a doctor as soon as possible.

Similarly, if any particular symptom last for an unusually long period of time, not predicted by your doctor, talk to your doctor.

Any uncommon recovery symptoms could be a sign of a complication like bone infection, malunion of the fracture, delayed union, or even a complete nonunion.

How Is Life After Hemorrhoid Surgery?

Is Banana Good For Gallbladder Stones?

Can I Eat Honey With Gallbladder Problems?