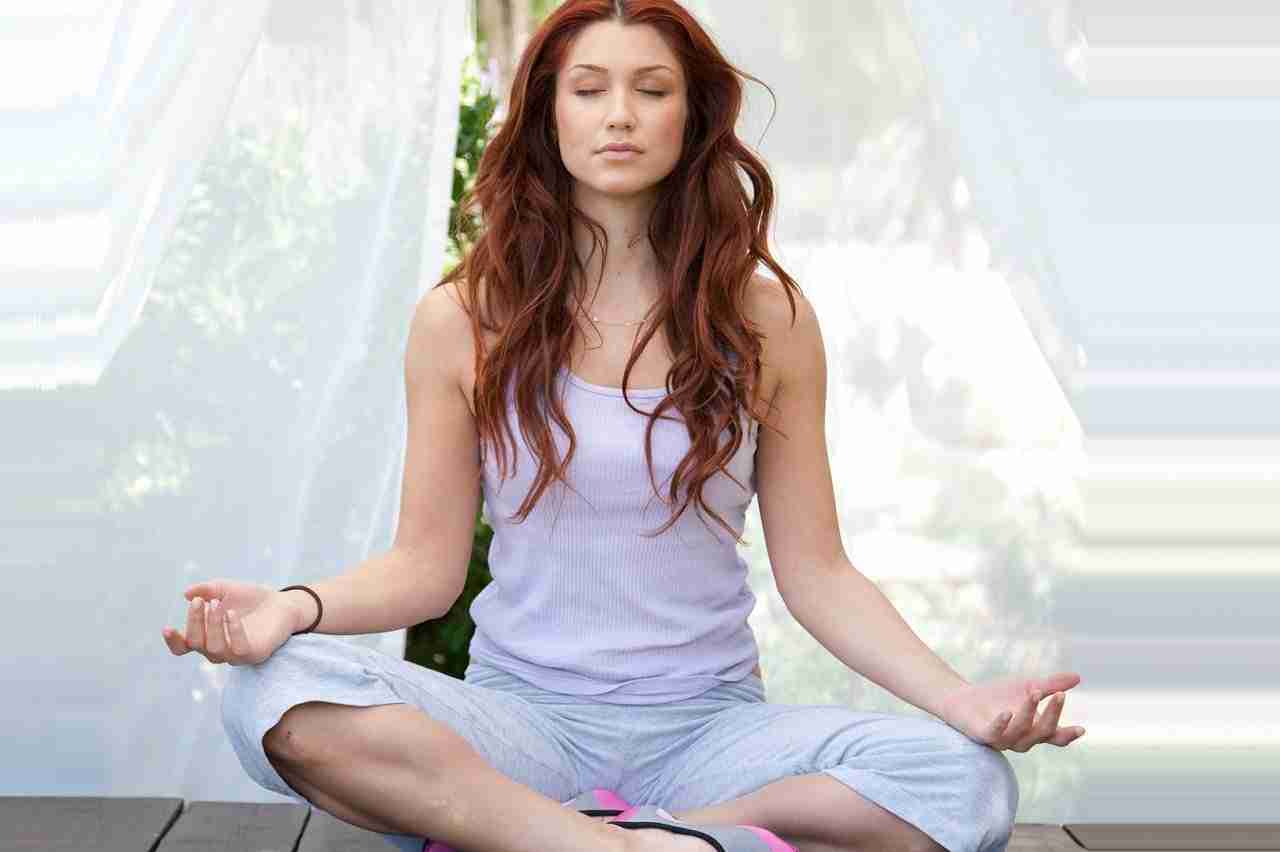 The benefits of deep breathing have been long known since ancient times, mainly in the East; it is only now that they have been scientifically documented [1].

A familiar word “Pranayama” does not stem from nothing – “Prana” means “breath” or “energy”, while “Yama” stands for both “control” and “the rising or expansion of breath”.

Totally makes sense, not just by terminology but when it comes to health advantages as well.

Deep breathing is also called “diaphragmatic” for a reason. It greatly engages the diaphragm, our biggest respiratory muscle, so that the underlying organs are pushed downwards into the abdomen as the thoracic cavity expands, being filled with air [2,4].

Hereby, it is logical that the stronger the contraction, the more air you will inhale as well as exhale – regarding the latter, studies confirm that deep breathing significantly promotes one’s FEV1 (forced expiratory volume in 1 second), or the amount of air that one is able to maximally exhale with a single 1 second-long breath.

Such a phenomenon is especially helpful for those suffering from obstructive lung disease, where FEV1 is lowered and it is difficult to exhale freely, like in asthma and COPD (chronic obstructive pulmonary disease) [3,4].

Simultaneously, since more air is being exhaled, only less of it remains in the lungs as the so-called dead space – the air exchange remarkably increases, what only means more fresh oxygen to the brain and is beneficial for everyone.

Lastly, research shows that deep breathing positively impacts surfactant secretion [4] and thereby increases pulmonary compliance, or the extent to which the lungs will be able to expand when breathing, which only enhances the described advantages.

Deep Breathing Benefits For The Heart

Balanced, yet effective stimulation is good for heart. Deep breathing knowingly decreases and stabilizes one’s blood pressure (preventing hypertension), what on the other hand increases blood volume flowing in the blood vessels and prompts the heart to beat more swiftly [2,3].

This way, heart failure is averted, since constant balanced stimulation maintains the heart’s good condition and keeps it from shutting down.

Concurrently, what will be elaborated further, the heart is prevented from beating too fast due to a more reactive vagal tone.

Briefly explained, the vagus nerve, or the tenth cranial nerve, is responsible for calming the heart rate whenever it is too high and might be dangerous, leading to e.g. cardiac arrhythmia.

At the same time, while the action of the heart is healthily balanced and kept within the proper ranges, deep breathing promotes HRV, or heart rate variability, a parameter deeply intertwined with the heart’s overall well-being.

Even though the organ needs to remain in a state of equilibrium in order to work well, it still needs to maintain a low-level variability.

As much as it is not so visible in adults, too low HRV in babies is a life-threatening situation that requires instantaneous intervention.

Both of the above described phenomena come down to increased cardiovascular capacity, or the ability of the entire cardiovascular system to deliver oxygen to the tissues of the body.

Improved lung compliance and capacity maximizes the amount of gas exchange through the blood vessels in the lungs – more oxygen ends up in the blood vessels leading to the heart that later pumps it forward to the rest of the body.

Since the heart function is boosted, the whole process could not be more effective.

Eventually, more oxygen means that all of the organ systems work more smoothly, what only makes you feel better.

Effects Of Deep Breathing On The Brain

Naturally, deep breathing does not only positively affect the heart and the lungs, but also on the brain.

In regard to this, there has been copious research done to see what parts of the organ are particularly stimulated.

According to it, deep breathing significantly increases beta activity in the frontal, midline, and occipital brain regions, which have been inseparably connected with enhanced cognitive performance, such as holding attention, maintaining focus, memorizing and learning new things, solving problems, and executive functions [2].

It only means that your senses and mental capacity are sharpened and you can only use that to be more productive than ever before.

Furthermore, studies show that deep breathing exerts a calming, soothing effect on the brain and the overall nervous system via promoting the vagus nerve activity (what has been mentioned earlier) as well as promoting GABA neuronal pathways that prevent hyperactivity in the brain.

This, on the other hand, is exceptionally helpful for epileptic patients, as seizures are caused by abnormal and excessive discharges in the central nervous system neurons.

This advantageous therapeutic effect has been actually confirmed by numerous studies [5].

Firstly, it positively influences the earlier mentioned vagal tone, which is responsible for increasing the activity of the parasympathetic branch of the nervous system and indirectly decreasing the sympathetic, or “fight-or-flight-related” input.

Moreover, as it turns out, it is also strongly associated with one’s physiological basis of emotion including emotional regulation and psychological adaptation to the present situation.

It only means that one becomes calmer, less susceptible to stress, and controls as well as processes their emotions much better.

To combine such properties with cognitive-sharpening activity, deep breathing can also be helpful in chronic fatigue and burnout.

Deep Breathing Benefits For Your Gut

Meanwhile, it has also been proven that deep breathing is beneficial for the gut, mainly because it increases the activity of the parasympathetic nervous system.

In such a situation, all the attention is directed at the vital organs, or the heart and the brain, in order to survive until the dangerous incident passes.

Simultaneously, other organs, including the ones of the gastrointestinal tract, are somehow neglected until the parasympathetic branch is dominant again.

Only then, the metabolism of the gut is increased, same for the healthy bowel movements or peristalsis, which together greatly improves digestion and absorption of nutrients.

Deep breathing can truly revamp your skin for a couple of reasons.

First and foremost, it significantly increases the oxygen and nutrient flow with the blood to the skin so that the skin instantly becomes brighter, healthier, and better nourished.

Secondly, it decreases the influence of stress hormones, mainly cortisol, on one’s complexion [3].

In large amounts, cortisol may indeed wreak havoc to your skin’s health. It can exacerbate inflammation and thereby worsen already existing skin conditions.

Impairing the skin’s natural barrier and its other protective mechanisms, cortisol can damage skin structure as well as it can seriously hinder the skin’s regenerative properties [7].

Deep breathing can help you reduce cortisol and other stress hormones by controlling your stress, by making you more calm and mentally stable.

Lastly, it has been shown that deep breathing notably lessens the skin cells’ oxidative stress, what not only can improve the general condition of the skin, but also diminish and prevent the signs of skin aging [6].

Benefits Of Deep Breathing For Hair

Similarly, since the health of hair greatly depends on the health of the scalp, deep breathing makes your hair shinier and stronger with regular practice.

Apart from the fact that cortisol confirmedly induces hair loss, it also causes chronic inflammation of the skin of the scalp, what can be seen in the increase of the pro-inflammatory marker levels and exacerbation of the present scalp conditions like psoriasis [7].

Besides, deep breathing stimulates blood flow to the scalp what only means more nutrients for even healthier-looking locks.

What at first may seem unbelievable, the benefits of deep breathing do not end with the above.

Another great boon of it is that the technique significantly strengthens one’s immunity. It largely does so by decreasing the impact of cortisol on the body [3].

When in large concentrations, the hormone can truly impair one’s immune system function, hindering the immune cell response as well as weakening the healing mechanisms.

Such an action only contributes to aggravated inflammation that, on the other hand, increases one’s risk of acquiring one of the so-called inflammatory diseases including hypertension, diabetes, stroke, or even cancer [3].

What is more, these benefits are only accentuated by increased lymphatic drainage that facilitates tissue convalescence and regeneration [8].

Last but definitively not least, deep breathing stimulates the overall metabolism of the body, helping it get rid of detrimental toxins and waste products, both in relation to exhaling CO2 via the lungs and preventing respiratory acidosis, and when it comes to substance disposal via the kidneys.

Deep breathing indeed does cure everything!

Does Jumping On Trampoline Make You Taller?