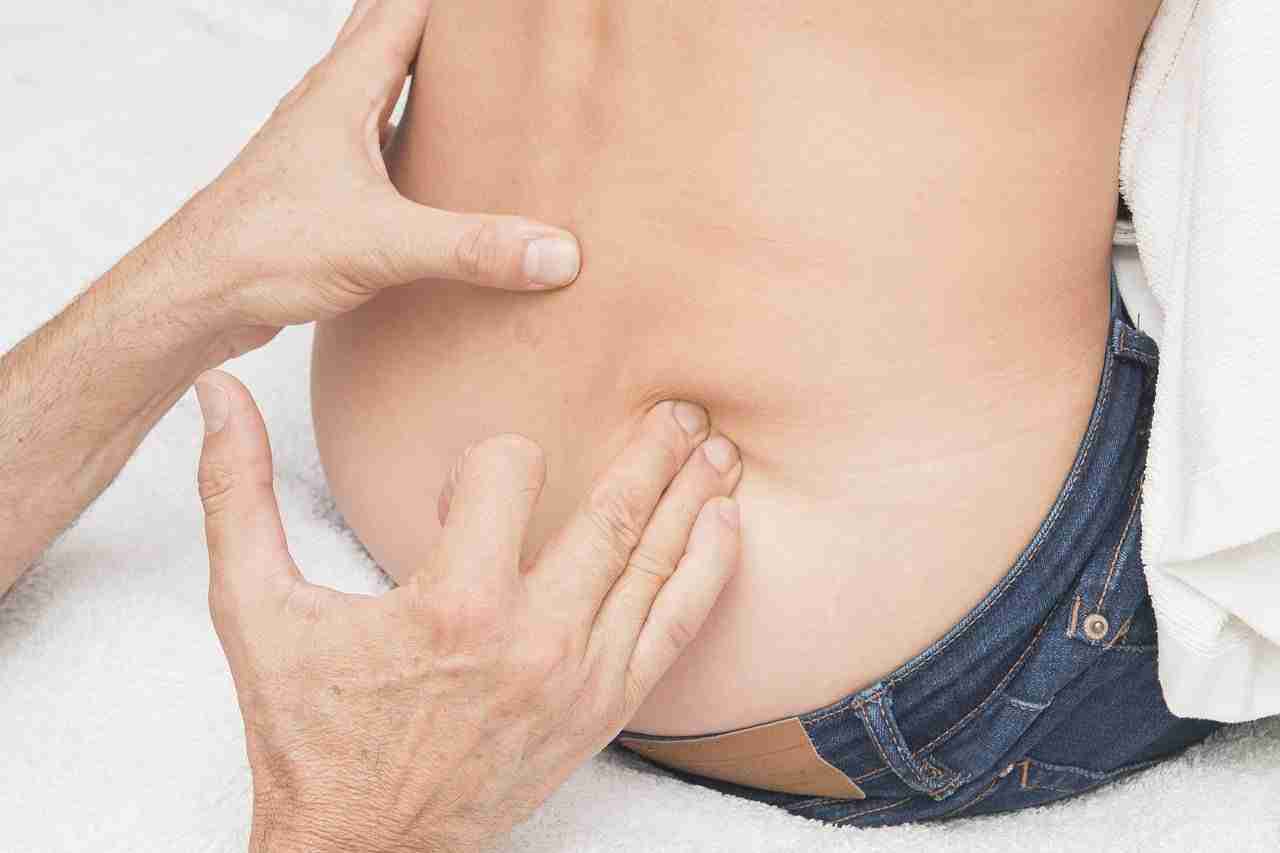 Iliopsoas tightness can be a true pain that hides unidentified behind unexplained backache or impaired range of motion in the hip area.

Such symptoms, especially with time, can significantly lower one’s quality of life and subsequently affect their productivity and active participation in daily events.

Moreover, if left untreated, the ailment can instill the incorrect distribution of forces in the hip that may be hard to reverse in the future or predispose to further injuries.

Fortunately, the release of the so-called hip flexor trigger points can bring relief and prevent progression of the condition.

However, if you are interested you can jump straight to hip flexor trigger point release section.

How Hip Muscles Are Structured?

In human anatomy, multiple muscles cause movement in the hip – we can divide them into five larger groups:

The iliopsoas group, the gluteal group, the adductor group, the lateral rotator group, and other hip muscles that cause minimal movement in the hip joint, yet still offer their contribution [1,4,7].

The iliopsoas muscle is the main flexor of the hip. In reality, it consists of two smaller muscles, the psoas major and the iliacus.

Trauma, overuse injury as well as rheumatoid arthritis can greatly contribute to this condition.

The main muscle of the gluteal group, alongside the gluteus medius, gluteus minimus, and tensor fasciae latae, is the gluteus maximus.

Having its origin on the ilium and the sacrum, whereas its end on the glueal tuberosity of the ilium, it is the greatest extensor of the hip.

It can particularly be altered when the iliopsoas is shortened, what can later result in the dominance of the hamstrings and adductors of the thigh upon moving [3].

The other gluteus muscles lie partially covered by gluteus maximus.

They all actively adduct the hip, originate on the pubis and ultimately attach to the medial posterior surface of the femur apart from the gracilis, which has its second insertion below the medial condyle of the tibia.

The name of the group suggests its function in the hip joint.

Concurrently, it consists of the externus and internus obturators, the piriformis, the superior and inferior gemelli as well as the quadrator femoris.

Every muscle of the group has its origin around the acetabulum and finally inserts around the greater trochanter of the femur.

Other hip muscles embrace the rectus femoris and the sartorius which partly support the movement in the hip joint, yet their main task is to move the knee.

For this reason, they are not always included in the muscles of the hip group.

What Are The Trigger Points For Pain And Discomfort In The Hip Flexors Muscles?

When the iliopsoas is shortened due to any reason, it forms so-called trigger points that refer the pain into the lower back, alongside the spine as well as across the back [2].

They have been named this way primarily because they mostly cause symptoms when activated, or “triggered”.

Many various activities can stimulate the hip flexor trigger points – these include [2,5]:

What Are The Symptoms Of Hip Flexor Tightness And Activated Trigger Points?

As described previously, the main cumbersome symptom of iliopsoas tightness, its tendinopathy, and activated trigger points is pain.

It can get relatively intense, no matter if you are standing or lying down, and radiates in a typical pattern – primarily to the lower back, alongside the spine and across the back, nonetheless, it can also reach the front thigh [1,2].

It can be unresponsive to various attempts of bringing relief. Simultaneously, the so-far-correct model of movement in the hip joint becomes impaired.

First, when the iliopsoas gets shortened, the gluteux maximus, the antagonistic extensor muscle of the former, is altered and later weakened.

This, on the other hand, can later lead to the dominance of the hamstrings and the adductor muscles when moving the hip, which can greatly hinder the intended trajectory of movement.

Cable twists strengthen the core muscles, mainly the obliques, so that the iliopsoas does not have to compensate anymore.

The hip raises are great both for flexing the muscles of the hip area as well as for strengthening the gluteus maximus what is important in preventing the shortening of the iliopsoas.

The boat pose effectively strengthens both the hip flexors as well as the muscles of the core.

Pigeon pose is excellent for increasing hip mobility while especially targeting the iliopsoas.

The triangle pose strengthens not only the core muscles but also those of the hip. Moreover, it is refreshingly energizing.

Consequently, the muscle becomes stronger and its function is restored, similarly to the hip joint range of motion. Ultimately, one does not experience the associated pain anymore.

A massage performed by a trained professional will effectively alleviate the symptoms of the shortening of the iliopsoas muscle [8].

Similarly to acupuncture, the technique is so beneficial since it can effortlessly target every trigger point that the patient has, as well as simultaneously address the surrounding muscles for an enhanced effect.

The efficacy of massages has been confirmed by multiple studies.

Research shows that steroid injections into the iliopsoas trigger points can notably mitigate the back and thigh pain as well as the impairment of joint function associated with the shortening of the muscle [1,7].

This technique is extremely precise since the injections are ultrasound-guided.

Usually, it is implemented short-term, yet can be repeated when recommended by a medical professional.

What Is Gallbladder Attack and When To Go To Hospital?