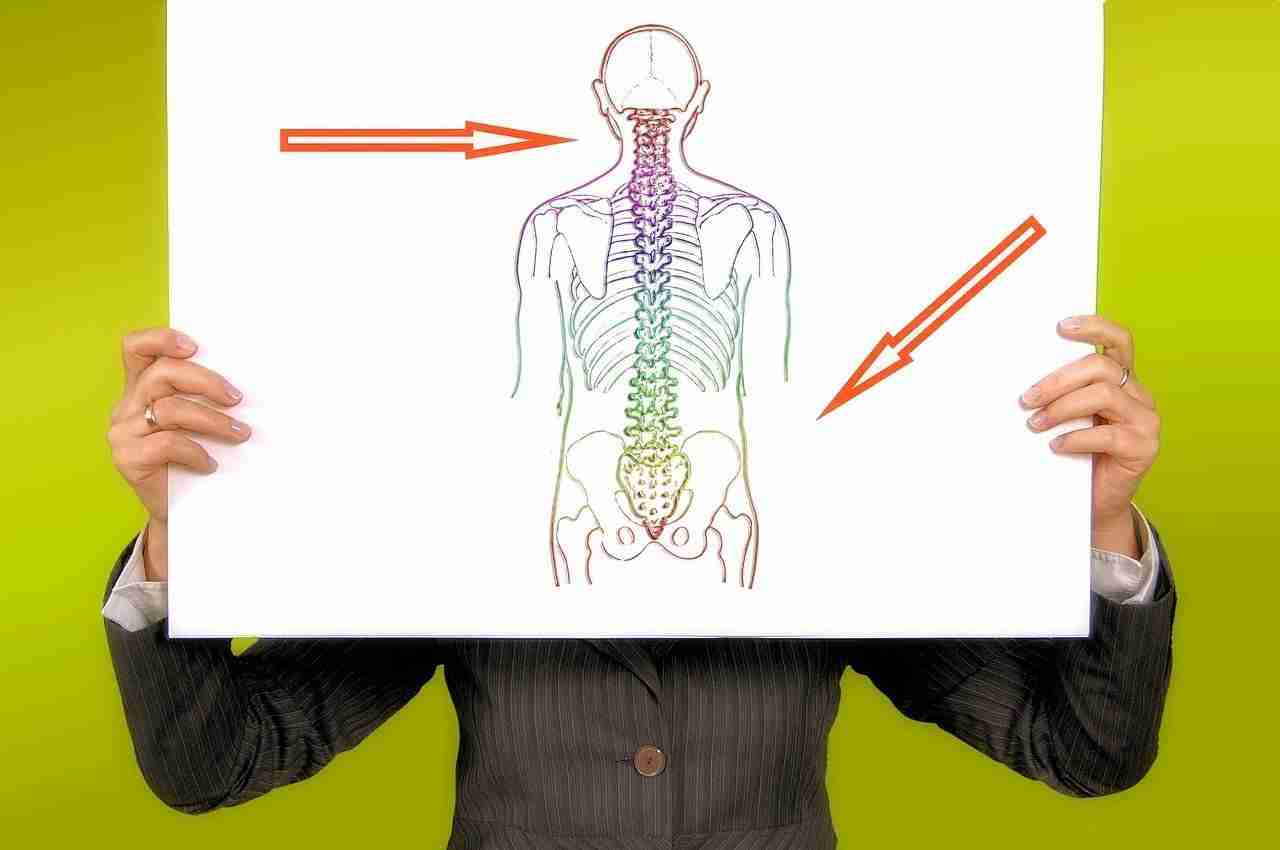 While postural dysfunction confirmedly affects a significant part of the population, it turns out that less than 50% of Americans are actually concerned or even aware about their posture.

That is alarmingly low, knowing what serious health consequences a bad posture can give rise to, starting from chronic pain and ending even with depression.

How exactly does a postural dysfunction influence a body and how to prevent it? In this article, we will lead you through it.

What Is Postural Dysfunction?

Before defining a “postural dysfunction”, in the first place, it is wise to know what a posture is.

According to an official scientific description, it is a “motor habit that is shaped on a specific morphological and functional background”. Simultaneously is a determinant of certain body functions like mechanical efficacy, one’s kinetic sense, muscular balance, and neuromuscular coordination.

Consequently, if the listed functions are in great shape, one has a healthy posture. If not – one probably has one of the variants of postural dysfunction or, in simpler terms, “bad posture” – a deviation to the norm that is not healthy.

How To Spot A Postural Dysfunction?

One can easily spot a postural dysfunction from just observing one’s posture and determining whether it differs from the shape of a healthy spine.

Naturally, the human spine consists of four regions of vertebrae, going down from the top:

They shape the analogically named curvatures of the spine – we have cervical, thoracic, lumbar, and sacral curvatures. The first and the third ones are lordoses since the vertebrae there are concave posteriorly and convex anteriorly, while the second and the fourth ones are kyphoses – the very opposite of the lordoses.

If one curvature is, for instance, accentuated too much or there exists a new, normally not occurring curvature like a sideways curvature, we are talking about a postural dysfunction.

Since the spine stretches from the base of the head to one’s coccyx, this condition can affect any region of this part of the body.

Accentuated Kyphosis or A Hunchback

While our upper spine has a natural kyphosis of around 20 to 50 degrees, anyhow more than that leads to an accentuated kyphosis or a hunchback, since it forces the spine to hunch over.

It gives you a characteristic slouching appearance. What many may not know, people suffering from osteoporosis are extraordinarily prone to developing this type of postural dysfunction as fractures in the thoracic region are typical of the disease.

In a flat back, a natural kyphosis of the thoracic region is maintained, nonetheless, the curvatures of the lower regions of the spine tend to disappear, hence become flat.

Such a condition changes one’s kinetic sense and balance in a way that a person constantly tends to lean forward. Many diseases can lead to this state, like degenerative disc disease or compression fractures.

Accentuated Lordosis or A Swayback

A swayback is a typical body position of pregnant women. Since their growing bellies change the body’s center of gravity, a pregnant woman naturally has an accentuated lumbar lordosis.

In the not pregnant people, it looks as if one was sticking out their stomach and buttocks at the same time. It can also be accompanied by an accentuated kyphosis, obesity, and osteoporosis.

Scoliosis is a sideway curvature of the spine with anything more than 10 degrees. It can also be described as a “C” or an “S” curve, which perfectly illustrates how it looks like.

In most cases, its origin is unknown in a patient, nevertheless, some of the known causes include degenerative diseases of the intervertebral discs and joints, spinal injuries, or insufficient development of vertebrae in babies.

Forward head or neck results from overburdening the muscles of the neck when, for instance, hunching over a phone for extended periods of time.

In this condition, one’s head and neck are not vertically aligned, however, the head is tilted forward to a more or a lesser degree.

The most common symptom of a postural dysfunction is pain, mostly chronic, that can affect any spinal region, depending on one’s diagnosis. Studies show that it occurs most frequently in the lower back, then the neck, and in the shoulders.

Besides being painful, overburdened stabilizing muscles may cause so-called tension headaches of a recurring character. Together, such symptoms can result in increased stress, anxiety, and depression.

Simultaneously, certain back curvature abnormalities may disrupt one’s digestive process and even impede the ability of the lungs to expand, causing serious breathing problems.

If left untreated, a postural dysfunction can negatively influence one’s quality of life practically on every level.

A sedentary lifestyle is without a doubt to blame when it comes to an acquired postural dysfunction.

When one sits in one position repeatedly for prolonged periods of time, especially hunched over a desk, the body naturally takes up such a shape as an adaptation method.

Lack Of Knowledge About Correct Posture

It really can be as simple as just lack of knowledge!

As mentioned earlier in the article, less than 50% of Americans are concerned about their posture, let alone incorporate healthy lifestyle adjustments to prevent the problem. Proper education on a topic makes one more alert to it.

Lack of exercise and stabilization of the back muscle can easily lead to postural dysfunction.

When the mentioned muscles are not strong enough, their opposing muscles might take charge and contribute to a change of your posture and associated symptoms.

Effects Of Bad Posture On The Muscular And The Skeletal Systems

If we repeatedly take on a knowingly bad posture for a pretty long period of time, the muscles responsible for maintaining such a position, or the agonist’s muscles, tighten and work harder, therefore causing pain and tension.

At the same time, the antagonist muscles, or the muscles responsible for causing movement in the opposite direction weaken, which makes a bad posture permanent since one finds it harder to return to the healthy state.

Similarly, when it comes to the skeletal system, the joints and ligaments working to support a bad posture can get overburdened what leads to even more chronic pain and other signs of osteoarthritis.

Muscle imbalance was more or less described in the previous paragraph – it entails an imbalance between the agonist and the antagonist muscles groups so that one of them works harder while the function of the other is disrupted.

Accordingly, the overactive agonist muscles can cause changes in the shape of the spine – a postural dysfunction, a condition that affects the spine, not the muscles.

Similarly, with the use of the mechanism presented earlier, a postural dysfunction can only enhance muscle imbalance so that both conditions propel each other.

Corrective exercise positively influences both the physical and the mental factors when treating postural dysfunction.

First off, it promotes the healthy alignment of the spine and minimizes the muscle imbalance that only enhances a bad posture.

Secondly, it has shown to be amazingly effective in reducing the associated pain and tension in the affected areas. Last but not least, it alleviates stress and anxiety, being beneficial to the nervous system.

Dry needling is especially helpful in muscular pain and tension. Research shows that it targets the so-called myofascial trigger points, which are particularly plentiful in people suffering from chronic pain associated with bad posture.

They are responsible for the symptoms and when addressed, one’s comfort and mobility are back at ease.

Studies have proven that postural taping can cause a significant improvement when it comes to postural dysfunction.

The method is so effective as it reduces the body’s postural deviation and sway and at the same time, prevents taking up unhealthy positions, especially when one is tired – a state when we are particularly prone to having a bad posture out of laziness.

Hitting the right spots can really work wonders when trying to relieve the symptoms of postural dysfunction.

It has been shown that properly performed massages not only alleviate the pain, tension, and migraines but also positively act upon one’s mental well-being, reducing stress.

Four Simple Postural Dysfunction Exercises That You Can Do At Home

Bridges strengthen the abdominal and the gluteal muscles, stabilizing the lower back.

To do them, simply lie down on the ground with your knees bent and feet flat on the floor or a mat.

Lift your hips by engaging the abs and squeezing your butt muscles and gently lower back down to the starting position.

A child’s pose is rather underrated, while it offers serious health benefits to one’s body.

Not only does it lengthen the spine, freeing it from constant tension, but also flexes the muscles of the lower body so that they work correctly and are not overburdened.

To perform it, get down on your hands and knees and begin leaning your body backward, keeping the hands on the mat in front of you, until your forehead touches the floor.

This exercise prevents the so-called forward neck or head posture.

When in a neutral position, activate your abs. Attempt to draw your head backward while maintaining it at the same level and in the same position.

Hold for a few seconds and repeat the whole cycle.

This one works on your upper spine.

While standing freely, bend your elbows forming a 90-degree angle, stretching your forearms to the sides.

From then on, draw your shoulders back, squeezing the shoulder blades together. Do not allow yourself to raise your shoulder upwards.

How To Know If Broken Bone Is Healing?

What is The Best Age To Have Baby?