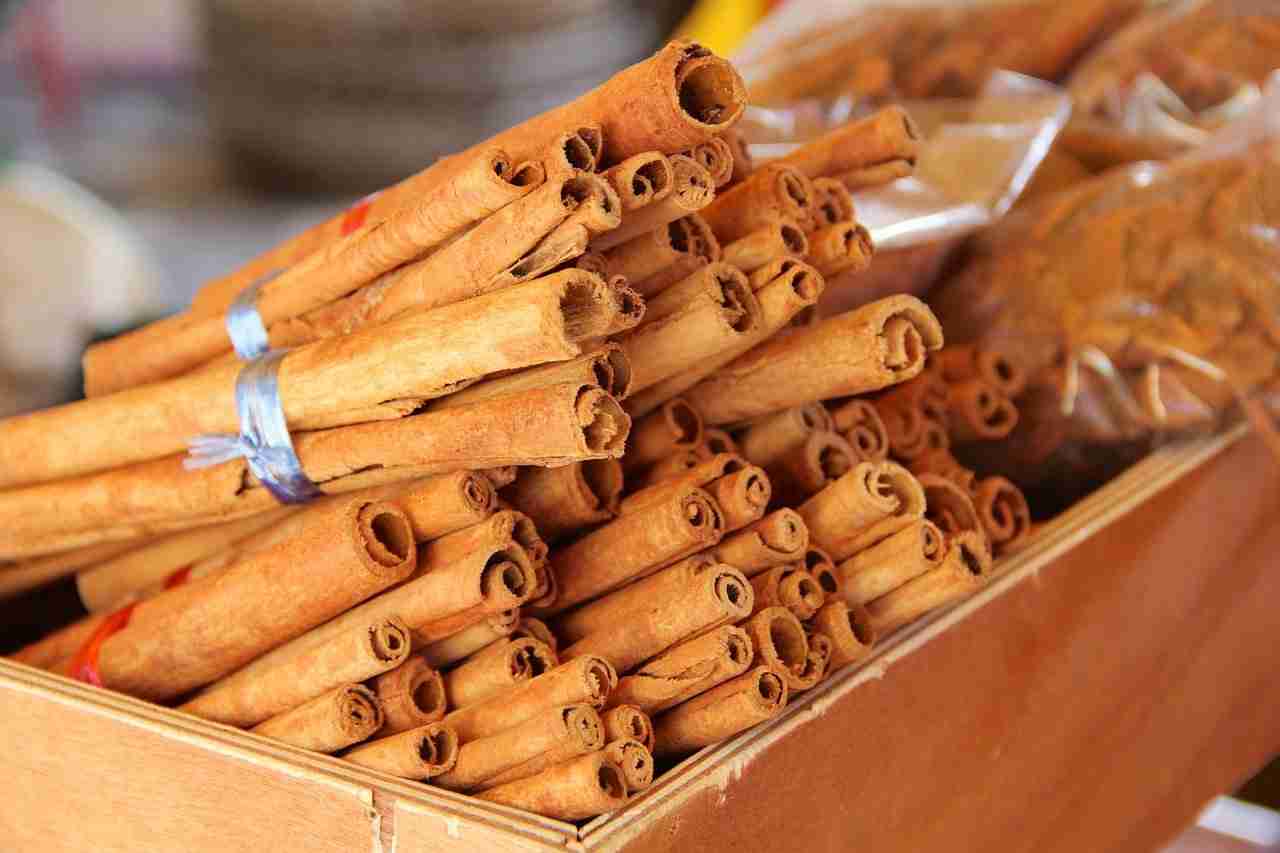 For thousands of years, cinnamon has been used for more than just cooking. In the sixth century, Greeks used cinnamon to aid indigestion and other ailments. For a long time, it has been believed that cinnamon has medicinal properties.

Fast forward to today, cinnamon is widely used still for conditions like fungal infections, pain, inflammation, acne, and hair care. Perhaps one of its more noteworthy uses in recent times is for weight loss.

From aiding digestion to lowering blood sugar, cinnamon is known to promote weight loss in many ways. Not to mention its anti-inflammatory properties that reduce bloating of the belly.

Here a few ways that cinnamon can support weight loss:

How cinnamon can help in weight loss?

Insulin is a hormone in your body that regulates the metabolism of carbohydrates, as well as fats and proteins. It does this by promoting the body’s absorption of glucose.

This means that insulin is what allows your body to use glucose for energy. Glucose is a type of sugar primarily found in carbohydrates. After eating a snack or meal, the digestive tract will break down these carbs into glucose.

But for some, sugar does not get metabolized, and instead, it gets converted into fat. Cinnamon is said to stimulate insulin so that the body can metabolize sugar from food.

Many people understand insulin or have heard of it in terms of diabetes. But it has equal importance in obesity, that is sudden weight gain or even weight loss.

This also means those who are overweight; only their sugar levels will be higher as a result of overeating as opposed to a chronic condition. Higher blood sugar levels lead to more storage of fat in the body.

Cinnamon, which increases insulin activity, can be beneficial to fight off the extra fat by regulating blood sugar levels. Loss of fat means loss of weight, and increased insulin also means more energy.

In addition, with it being so sweet to the taste, cinnamon also helps to satisfy cravings for sweet foods. So daily dose of cinnamon can contribute to less consumption of sugar, which in turn will help in reducing obesity.

Cinnamon is high in fiber, which is the nutrient that gives us the feeling of being full. This feeling of satiety signals our body to stop eating and helps to reduce food cravings.

Both of these things ultimately aid in weight loss because you will be consuming fewer calories.

Speaking of feeling fuller for a longer period of time, this sweet spice is known to aid the digestion of foods, which will contribute to the loss of fat and excess calories.

Cinnamon does this by delaying the passing of food from the stomach into the intestine, helping you to eat less and lose weight.

Cinnamon also helps to block the activity of digestive enzymes, meaning the body will absorb sugar more slowly. Especially after eating a meal high in carbohydrates.

Cinnamon is thought to increase metabolism because our body needs more energy to process the spice than other foods.

It also boosts metabolism by targeting the fat which gets deposited in the abdominal area. Studies show that fat in that area is more sensitive to the effects of cinnamon than fat in other parts of the body.

Ways to add cinnamon to your diet for weight loss

Just one teaspoon of cinnamon has two carbs, six calories, just over one gram of fiber. This is why cinnamon has become a go to spice for jazzing up so-called junk foods such as buttered toast or baked goods.

While the benefits of cinnamon can still be obtained no matter how you consume it. It is recommended to be eaten as a part of a healthy, balanced diet along with exercise.

Cinnamon is said to have a more cumulative effect, as opposed to something you need to eat a lot at once.

So we have listed a few ways you can incorporate cinnamon into your daily diet to promote weight loss:

This applies to cinnamon supplements and extracts as well. Cinnamon can be taken in tablet form; they come in gel caps, and you can take anywhere between 500 milligrams and six grams daily.

It is also recommended to take it along with your meal to realize the effects of its benefits. Cinnamon supplements can be found at health food stores or supplement stores, as well as online.

In coffee: Incorporate cinnamon at the very start of your day to ensure you do not forget and go the rest of the day without it.

It is best to put it in the coffee grounds, as opposed to adding it on top of already brewed coffee. This way, the beans can soak up the flavor.

With lemon and honey water: If coffee is not your drink of choice, cinnamon with lemon and honey tea can be consumed in the morning as well. However, drinking this right before bedtime can help you burn more calories while you sleep.

Honey helps aid weight loss and suppress appetite, and it is full of vitamins, minerals, and healthy fats.

This tea can be made with a half teaspoon of cinnamon, or by boiling a cinnamon stick in water until it becomes fragrant.

Over fruit: Cinnamon is a simple and flavorful spice to add to fruits such as apples and bananas, as well as pear and peach slices.

In oatmeal: This is a delicious way to start the day. Oatmeal is one of the best pairs for cinnamon, but quinoa is a good alternative as well.

In chili: You might be surprised to find that cinnamon is the spice of choice added in chili, but it brings out all of the savory and spicy flavors.

In dairy treats: Cinnamon can be added on top of cottage or ricotta cheese, as well as yogurt and even ice cream. Just be sure to opt for light, non-fat, or low-fat options of these snacks.

9 Home Made Healthy Snacks To Eat While Breastfeeding

Can I Take Prenatal Vitamins While Breastfeeding?